Before I start this post I just want to say how saddened I am by what happened on Friday.  I have been home with a bad cold or flu or something.  And I was watching movies all day. I did not hear about the horror until I picked up Pork Chop from day care.  He had seen it at day care, and I had to try to explain to him that those kids were now in heaven.  That even the man that did this, is in heaven.  I had to try to explain suicide to an 8 year old.  It was not something I ever wanted to have to do this young.  He seems fine, but I hurt for those that were affected.  I just had to make mention, as I just don't know how you can go on like nothing happened.  I wrote this post a few weeks back.


So I love brownies, but not just regular ones. I mean those are good too, but I need something more. Be it just a fudge frosting, or a mint layer, I need it.  So I had this really smart idea to stuff some of my brownies. And by smart idea, I saw it on another blog where they put stuff in their brownies and I figured I could do it too.  And I did; sort of.

My plan was to make three kinds.  Two of the options turned out well, the other, well lets just say I cried a little over the loss of sugar.

So to start I used the awesome brownie recipe I got from Glorious Treats.  Here is the post with it, but these are for Mint Brownies, which are amazing.  You just need the brownie base for what I did.


I wanted to use up the left over peppermint patty filling I had.  I had frozen  it and kept it for just this very thing.  And I also think this was the worse of the three.  But live and learn, right? I also made marzipan filled brownies and salted caramel ones.


So to start I mixed up my brownie batter and I used muffin tins, I lined them because I didn't want to chance anything from the filling burning onto my pans.  I cut up the log of marzipan into circles, if you buy the tub or block of almond paste, just roll out and flatten balls of it to fit into the tin.  Then I rolled out and cut circles of mint with a cookie cutter, and the caramels they were just easy.  I found these large caramels covered with chocolate and sea salt at the drug store.  So I just had to unwrap those.  I out should have done a few less as I was running out of brownie batter by the last batch, but you know me, I kept going even though I knew it would not be great.

So to start I put about 1 TBSP of brownie batter in the cupcake liner, then I baked it for about 5 minutes. I then worked one filling at a time.  The marzipan could have been cut thinner but oh well. Basically I would put the filling in then try to cover it in a bit more batter. It worked well for the caramel ones, the others, not so much.


One they were all baked I let them cool fully.  I then got to work icing them.  I used this really great fudge sauce I found on line, and it works so well.  And with that tempt I have to admit I cannot for the life of me find the frosting recipe I used! This was the left over I had in the freezer from a few months back.  I promise I will find it and share, really it was awesome!.  Anyway just pretend you know the frosting I am talking about.


So when I was ready I microwaved the frosting to make it pour able  and I filled the cupcake liners to cover the brownies.  Then depending on the filing I decorated them.


Once they were all iced I let them set up and brought them to work.  I kept one of each to try.  And I may have said it before, but the caramel ones were to die for.  Like I will make those again, for sure! 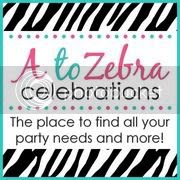 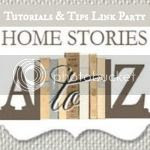 Such a fun idea! I think the caramel would be my favorite. :)

Why is a day care showing a massacre to 8 year olds? Oh, man I would have been mad at that school.

Thank you for sharing at All my Bloggy Friends. Wishing you a Happy New Year!