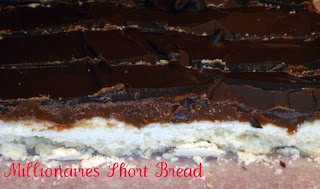 Okay before you get any ideas, no we did not come into some big sum of money.  I mean really if we did, do you think the first thing I would do is buy really pricey shortbread?  Yeah I probably would, never mind.

So that should be our New Years mantra, "if we hit it big, buy cookies!" Sounds do able.

So this recipe was one of two shortbread recipes I made in one night, as the other one failed on a level so badly that I cannot even really talk about it yet, you get to see this one.

I went to a baking show a while ago, you may remember the day, the day poor Hubby was in the car accident.  Just before I got the call I was sorting through the bag I got with all the coupons and recipes.  This was the one I knew I wanted to make.


Firstly, it was shortbread, and I have never made it, well not since college in that class where our teacher had us bake it so he could give it out as gifts.  So I figured why not.  The recipe called for a new product out, and there was a coupon, so it was meant to be.  A sort of review and free be in one.
So I for some reason thought I had bought the new product, it was a dulce de leache sweetened condensed milk.  Anyway the night I was baking I spent over 20 minutes looking in the kitchen and my pantry for the darn can of milk.  I had all my stuff measured and ready to go, but I could not find the stupid can of milk.  I finally gave up and went and bought more, with my 2 for 1 coupon. I think either I will find it when I move out in 30 years, or I never actually bought it, I just thought I did.  I have done stupider things so I would not be surprised. ( just a small update, I found it, in a cake pan that I had loaded up with stuff to be put away, so I could find it all. Yeah that just seems like me.)

So once I finally had the can of stuff I got to work. This recipe was really easy, but it was so easy I really thought I was screwing it up.  I have been known to do that too, just in case you were not aware of it.
So to start you cut the butter into your dry ingredients.  I used my pastry cutter but the stuff still looked so dry, I was worried I had screwed up, and I hadn't even really done anything yet.  But the directions said to press the stuff into your parchment paper lined pan, and I did and it came together.  So I had not totally ruined it; yet.

So then you bake that at 350 for like 20 minutes, but it was hard to tell when it was done, so I may have done it a little too long.  Either way.  You have to let it cool before you carry on to the next step.  Then you take the can of milk and pour it into a sauce pan and cook over medium heat for about 5 minutes, this will thicken it up.  You have to stir it the whole time or it will burn.  I found it burnt a bit just from the time it took me to take it from the stove to the table to use.  So keep string   Once its done, spread it over the cooled cookie base. Now I put it in the fridge to set up as I knew it would be easier for me.  I then microwaved the chocolate chips and spread them over the fully cooled pan of stuff.  Then I let it set over night.


The next day I took it out and let it warm up a bit, obviously not enough because my chocolate cracked like crazy, but you know what?  I didn't care, it was yummy and I was happy enough to bring cookie bar blobs to my friends.  They liked them too, so all was well in my world.  I would make these again in a heart beat, maybe adding some sea salt to the caramel and the top to make it a salty sweet treat, yummy! 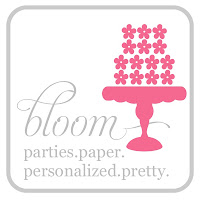 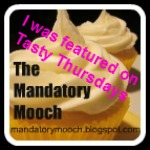 Your blog always makes me crave sweets! :) I may have to try these! YUM.

I did not know that Eagle Brand made a Dulce de Leche Sweetened Condensed Milk! Looks like you made a delicious and decadent shortbread with it.

Oh yum! I love this idea! I will have to give it a try!

Ooh, Dulce in a can! Drool. That stuff is good. I saw Alton Brown make it from scratch and it looked like it would take forever... this looks easier.

YUM! Shortbread is my absolute favorite cookie but with these layers on it? Heaven! I don't think I've ever seen a can of that Dulce de leche. Now I'm going to have to check and see if we have it here. Because I totally want to make these. THANKS!!!

This looks sooo delish! I love shortbread and this looks just kicked up to the millionth degree! Sue, I'd love for you to come pin it on my new (and still trying to create a button for it!) Weekend link up! (Also email me if you are at all interested in creating a bloghop with me!
http://tipgarden.blogspot.com/2013/01/pinteresting-friday-winterizing-your.html
Love ya! Jan