I can hear my arteries clogging as I type. I know it sort of sounds gross, and it also sort of sounds wrong. But trust me, if you try it you will understand. Also as this will most likely be my last post this year, I hope that you make a resolution with me to try new and crazy things.  Even if it is just bacon, try it!

I first heard about chocolate covered bacon on some food show. Not sure if it was one of those "Look at the crazy fair food we tried" or what but I saw it and wanted it.

As with many things I want, I don't get them. Do you know how hard it is to find chocolate covered bacon? Well maybe it is easier now, but a few years ago it was not. I think I finally found it at this super expensive grocery store, that is owned my Mark McEwan. I'm not sure if he is big all over, but here in Toronto he is huge. He even has a restaurant near my work.

Anyway Hubby and I were at this store and we were both like kids in a candy store. I know, bad analogy for this, but you know what I am saying. But most of the stuff was so costly, we ended up with some drinks, a few yogurts and a bar of chocolate covered bacon. The bar cost almost $10. The price wasn't listed, and you know if you have to ask..... And I didn't want to look as poor as we are, I wanted to buy my chocolate covered hog with dignity. I think it worked.
﻿
﻿   Anyway I ate that bar nice and slow, only because I was less than a year out from my gastric bypass and you are not supposed to have sugar. I know myself better now, and usually know how much I can have. Even when I shouldn't have any, but you know a little won't kill me.  I really don't eat as much as I say I do here, to me eating a lot is a whole cookie, so I am being good. Anyway that bar, it was awesome. My kid, "pork chop" ( A whole blog post of it's own) as I call him, liked it. I was upset, I wanted it all for me. So I told him it was all gone, you know, just to make sure he did not get into a bad habit of wanting chocolate with his bacon.

So I loved it, and wanted more, but how can you justify that much money? I sure couldn't. We even found some in the Florida airport, small bars, I bought like 8. The lady said "so, I guess you like those eh?" She may or may not have been judging me, I choose to think she just didn't understand the Canadian bacon thing. You know, we have our own bacon here, so I just let her ring me up and walked away. No use in explaining it to her, she would have been embarrassed.

So I thought of some fast things to make with my little man at home before the holidays and this was one of them. I asked him if he would like to make chocolate covered bacon and he gave me the look, you know, the one where they think you are the best mom ever? Yeah it didn't last, but I had my moment.

As it turns out, X box was more important than bacon to him this time, which is fine, more for me.

So I started with a box of pre cooked bacon. I did not want to spend the time to fry up a whole bunch of bacon, making the house smell like a diner. Exspecially since I had cakes to bake too. So I microwaved the whole pack on paper towels and got it nice and crispy. I then used my mini food processor to grind it up, I left some larger bits, but mostly it was chopped up.

﻿
﻿  I then melted candy melts, because it's what I had and they set up so nicely. I mixed it all together and put it into a disposable pipping bag and filled up my silicone mold. I think next time I will use a thinner mold, or do them less full. These are some thick chocolates. But man are they good.
So once my mold was filled I put it in the fridge for 30 minutes, then popped out my bacon chocolates.

I was happy with how they turned out, not as good as the $10 bar, but not bad at all. I plan to share some of it, and see if I can convert some of my friends to my dark weird ways.

Give it a try, it is a neat experience.

I've also joined the Overflowing with Creativity Blog hop, come check it out! 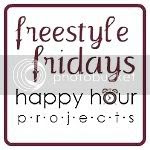 I am also linking up with Sweet Temptations!
Posted by Unknown at 2:05 PM

I love, love, LOVE chocolate covered bacon!! I was so excited to see this post. It is SO good! I want some right now. I have never tried making it myself but every now and then when I buy it I just melt into my happy place.

Oh Elizabeth I think we could be good friends LOL. It really is a wonderful thing, once you get over the weird idea of it. Let me know if you try it and how you like it home made.

$10??? I would've said right there to the clerk ringing it up if they were nucking futs! (Ok, I wouldn't have put it quite that way, but I probably would've made some comment about it being nuts or crazy and that I wasn't getting it.)
I love to read your posts just because I think you are funny!

Hmm- I have never tried this but now I want to!! For some reason I am not getting your posts via my email so I missed a few of your lasts posts. I hope you are feeling better and doing well. Happy New Year!

Oh Tam, I am so glad you think I'm funny, Hubby just thinks I'm nuts. And yeah $10 but it was you know probably one of the cheapest things in the store, and it was good. You know, for $10.
And thanks Susan, I am feeling better, I love reading your blog!

I'm sure it's good. I trust you. LOL. It's kind of like eating chocolate covered potato chips I would think. And those are delicious! Must try this.

I've heard about it as well and seriously don't think you can go wrong. Salty sweet. yum!

I first saw chocolate covered bacon at the farmer's market last year. There's a chocolatier in the area that makes it. I wasn't brave enough to try it, although DH did and he said it was good.

hahaha love it! Don't think it would do well for my weight watchers points though! :P

Oh man...my son would probably love that! But I must admit, it sounds ummm....interesting (aka nasty). :)

Oh I so want a bite! I have heard of this before but have never tried it. Even though it sounds kind of weird, I bet it's really wonderful in a chocolate covered potato chip kind of way.

Anytime we hear Chocolate and Bacon in the same sentence you have our attention! Love a cupcake with that combo. These look great.

A Girl of my own heart. What would be better than chocolate? Chocolate with Bacon inside!!!

Never heard of it, but I can envision it, and I'm liking it. I'm going to go for it. It's perfect for a New Years Eve party conversation-starter. Thanks for the directions.

Michele- Dang it, now I want to make potato chips, there goes any hope for a light new years LOL.

Lynn - you are so right, you can never go wrong with bacon.

Lisa- good man! I bet you would be the best wife if you made this for him

Pamela - yep is sure does sound nasty I cannot argue with you, but really it tastes good, come to the dark side and give it a try:)

Izzy- oh man you and the potato chips too LOL, it is really just as good, maybe a little better, but I am biased.

Linda - A cupcake would be amazing, and I will file that idea away, UMM bacon cupcake!

Pink Overalls - see, you are going to start the year off right!

Thanks all for the wonderful comments.

Little B would LOVE this! She's all about chocolate and bacon!!! I'm totally glad you linked up at overflowing with creativity! I'd love to have you stop by to quickly enter in my giveaway that started this morning! Crossing my fingers you win!!! XO, Aimee

wow - I think I will have to try it to be convinced, but I do love me some bacon and chocolate so what the heck! Thanks for sharing!!

I have precooked bacon in the freezer and chocolate in the pantry. It's sounding pretty tempting. Happy New Year!

The first time I had bacon and chocolate was on a chocolate cake ... it was so so. Then I had chocolate covered bacon ... yum! I love the way you put it a mold :)

DH's eyes are a alight!!

omg is this really true? it sounds just amazing and I really need to try it

I may have to try this, but it does sound gross. I would love it if you shared your recipe here:

I totally understand, my sister always tries crazy mixed ingredients and they always turn out good!

I love chocolate and salty, but don't know that I could do it with bacon...

I've never thought of making that but it sounds fantastic! Thanks for linking up at Sweet Temptations!