The Easiest Cake Balls Ever

Before I get started I wanted to say thanks to you all for the very kind and fun comments.  I get suck a kick out of reading them, the ones where you share your funny comments or support really make my day.  And I love to read each and every one of them.  Thanks so much. I plan to have a little give away coming up soon to say thanks for that, nothing huge or mind blowing, but it is cute and involves cupcakes.  So it cannot be all bad right? Oh and have a happy Canada Day fellow Canadians, and for the peep's from the USA, have a great Forth of July!

Okay back to the regular blog stuff.

So this is not going to be a very wordy post.

Okay I take that back, there are going to be a lot of words, but most of it will be babbling.  How that is different from my other posts I don't really know, but you know, at least I am honest.

Basically I wanted to share some of my super easy cake pops, they are nothing I invented obviously, but you know, I think they are great, so you need to see them.  Also I took lots of pictures, and I will try to make witty comments for each of them.  But no promises, I cannot always be on people.

Also, Pork Chop is now out of school, on his way to grade three next year, which I cannot believe, I mean I had him when I was 3, so how did I get so old?  And what does that have to do with cake pops?  Well he sweetly asked me to make him cookies for his principal who was leaving this year.  Of course he asked me this minutes before bed on the last Sunday  night of the school year.  I had plans to make cake balls on Tuesday so asked if he would like cake pops.  He said sure.  Then I stupidly asked him what kind.  And he said "teacher cake pops."

What the hell does that even mean!?

So I just ignored it and got Hubby to bake me two cakes the next night while I was at work.  ( And yes he cleaned the bowl afterwards this time, he is learning.)  And on Tuesday as I picked up Pork Chop from daycare and I asked him again what kind of cake pops he wanted, and he again said teacher cake pops.

So I asked him what those were and he said "you know, make them look like her."

And while I tried to not crash the car, I tried to think of ways to get out of it.  So as any good mother would, I steered him towards what I wanted to do.
I told him that we should make cake pops for the three teachers too, and since I was not sure what they all looked like, what if we used all different kinds of sprinkles.  He was so excited.  So was I, until he picked out the sprinkles.
So I tell him to pick out 4 kinds, he goes for red and green non parelis, red sugar, pink sugar and some other red chunky glittery stuff.  I told him that was sort of Christmasy and was able to switch the red and green stuff for multi coloured ones.  Then he was adamant the other colours were perfect.  Then I kicked him out to play and changed them to the colours I wanted.

What?  They were going to be in a bag, he would never see them.  And even if he did I bet he would forget what he even picked out.

So to make cake pops like this you need, cake pop stuff.  I know, crazy right?
So you need a cake and icing in any flavor you like.  And you prepare the cake pop filling and scoop it out and roll it in any size you like.  Then I put them in the freezer while I melt my candy melts.  I would use white chocolate so the sprinkles show more, but I hate melting white chocolate more than going to the doctor.
So once you have that you get your cake pops out, and dip your lolli pop stick in the chocolate before putting it in the top of the cake ball and then let them set a few seconds.  Then dip the whole ball,  tap off most of the extra chocolate and then over a coffee filter sprinkle most of the pop until you have it covered how you like. Don't bother with the bottom, it is not going to be seen anyway.
Then you just set them on a sheet of parchment and let them dry.  Easy peasy people.  Then depending on how they are going to be served you can just set them out or put them in little bags and tie them up.  I love doing them this way as you don't need a cake pop stand of any kind.

I am making these for a friends wedding too,  they are going to be her favors with tags on the lolli pop stick.  So fun, cannot wait to make those. 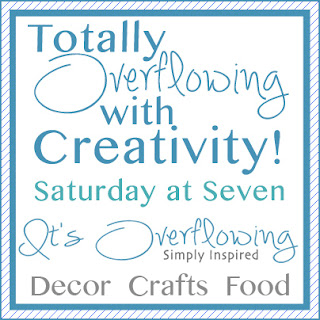 Your cake pops look awesome! Why don't mine ever look like that??? Mine are all wonky and lopsided. Yours turned out great! I'd like to see you make some that look like your son's teacher =o) Aren't kids funny. They think we can do anything (which is great) but then ask the most ridiculous things, like "cake pops that look like my teacher" or "can you make those cookies we saw once a long time ago? You know." Um.... no, I don't.

When you and I win the lotto we can go to Disney together! :) Love all the different sprinkles!

yes they look so good and so cute!!!

These look delish! I love the fact that you call him "pork chop", that cracks me up every time I read it, I think it's so cute! Great job! Love Penny

Great cake pops!! Love your collection of sprinkles ... I have a slight addiction too. They make great gifts and party favours but I do find them a bit of a faff to make.