So I posted a while back about how Hubby is a comic book nerd.  And I also posted about how I have to support him in all things, as that is what a good wife does.  This led me to the problem of how to make supporting his nerdiness fun for me.  I found a way, because you knew I would, and I shared about it a bit here before.  And that post also became my second most viewed post to date, which is crazy!  You all are fun!
So in the last post I shared how I had made my skirt, jacket, belt and purse.  Well not really shared, I just showed you pictures of how they are looking and told you lots of details, because I forgot to take pictures.  This should not surprise you, I get in the zone and just go.  So this time is no different, be warned.

Firstly I wanted to share the cool boots I am planning to wear.  I say planning because knowing my luck after an hour in them my feet will hurt, but I have high hopes at least.  I had planned to wear my paddock boots, you know those riding boots that are short and lace up.  Only because they sort of looked like something that would go with my outfit.  But, they are really big now, when I lost weight I lost about 1 shoe size.  Not a big deal when riding, but walking for a while in them is not the most comfy thing.  So I went on line and googled and what not, and everything I found was costly or not available here or whatever.  Then I found some cute things on pintrest which brought me to Clockwork Couture.  I was so excited to find these boots, for the price and shipping cost how could I not be.  And they also had lots of other stuff I wanted, but you know, one thing at a time right?


So I got my boots, and I had big plans to make spats.  I had this vision in my head of spats that would match my outfit, but the buttons would be huge gears.  So again off to google I went and found this info on a site called Thread Banger.  I watched it a few times and felt confident with a few adjustments I could so do it.  So I did, I went to work using the green fabric I had and some thick interfacing.  My first attempt turned out okay, they were not perfect, but you know not horrible either.  Until I went to put button holes in them.  I spent like an hour putting button holes in, then sat down to use my seam ripper to open them up.  But the fabric was bulky and layered because I messed them up.  Then it happened, my seam ripper slipped and I ripped one of the spats in half.  I was done, so I packed it up to try again another time. Also I may have cut my finger too.  Just so you have some sympathy for me. I physically hurt myself to help support Hubby.  (That should count for something.)

I got back to it a few weeks later and took my time.  I measured much better, ended up having to put a bit of a pleat in to make sure they fit better, and I did my button holes again.  My mom told me to put a pin at the end of the button hole and that would stop the seam ripper from going too far.  And it worked.  Then I lined up my gears and sewed them on.  At this point I will say, I would not do them this way again, because unless your dumb like me, you would have realized how hard it would be to put gears, which have all these bits poking out, into a button hole.  So whatever, it works, but I will try to put them on then slide them down over the boot.  So once the gears were on I attached some elastic under neath it to hold them in place a bit.  And I was never so glad to be done with something in a long time.

Next I wanted to show you my super easy earrings.  I just found two matching watch gears and stuck them onto some earring backings.  I know; I must be a genius right?  Well no, a genius would have taken the stupid pin in the middle of the gear out so they lay flat, but whatever, I am hard core steam punk, we like pins in our gears.  ( And yes, I fully admit to having no clue about steam punk, other than it looks cool.)


I have plans to make a sort of tie for my shirt so I figure I needed a tie tack.  And I found a really nice gear and stuck that to another earring blank, because I am too lazy to try and find a real tie tack blank.  It will work, or at least it better.

Then I also added this cute key charm I found at Michael's to my pocket watch full of gears, we can say it is the key to my air ship.  Because that is so something a real steam punk person would say, right?  I know, I'm still not cool.

So that is just a short update as to what I have been working on.  I have started and almost finished my under dress blouse thingy, sort of worried how it will turn out as the fabric is a bit thin.  And I might add, according to the stupid pattern I am a size 18.  I usually wear a 12.  So that pissed me off, and made me eat lots and lots of chocolate.  Which you cannot blame me for, I have a size 18 to fit into now. But it is almost done, so pictures of that and the rest soon.

I also scored a huge lot of watch parts to use to make my goggles, I just have to get the sewing done so I have room to spread out my stuff.

Also I saw on Clockwork Couture that they had these really cute parasols, and they totally rock.  So I wanted one of course.  And of course I am not to be spending money, so I went on Kijiji which is like craigslist, and found a white one for $10,  so I have plans to age it and make it awesome.  Or ruin it, one or the other, who can really say how it will all go down right?

So we are getting there, and Hubby still hasn't picked an outfit, he has been warned that the lion costume may be what he has to wear if he does not decide.  That would be awesome! I always wanted to own a lion. 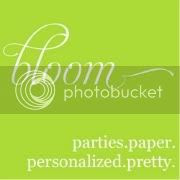 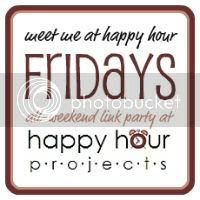 so cool, sue! i'm glad it's coming together so nicely for you.